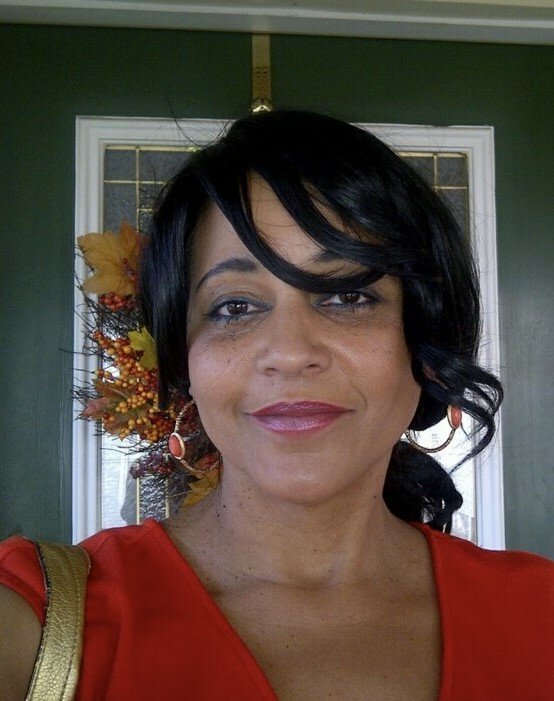 Please share a memory of Kim to include in a keepsake book for family and friends.
View Tribute Book

I have fought a good fight, I have finished my course, I have kept the faith. Hence forth there is laid up for me a crown of righteousness which the Lord the righteous judge, shall give me at that day and not to me only, but unto all them also that love his appearing. ~ 2 Timothy 4:7-8

Kim Denise Jones Gervais was born December 1, 1958 in Paterson, New Jersey to Wilma Jones and the late Frederick Jones. When she was a child her parents relocated to Glen Rock, New Jersey where Kim attended school and graduated from the Glen Rock school system. After graduation, she began her studies at Rutgers University in New Brunswick, New Jersey.  She took a break from her studies to raise her family. Many years later she enrolled and received a degree from Passaic County Community College in Paterson, New Jersey. Kim believed in the Lord and was a follower of Christ and His teachings.  She was baptized at an early age and was a member of Mt. Bethel Baptist Church, located in Ridgewood, New Jersey until her passing. She met and married Jean Gervais and to this union two children, Kelly and Julian Gervais were born. She worked at Passaic County Technical Institute as an executive secretary in Wayne NJ, up until her passing.

Kim was a beautiful person with a bubbly, magnetic personality. She was a former runway model, a fashion diva, and lover of dance and music. She enjoyed attending concerts and movies.  Going to the salon for hair, foot, and nail care was always a highlight for her.  Our beloved Kim will be remembered as a social butterfly whose presence lit up the room. She radiated glamour, beauty, kindness and charm. People loved Kim, and she loved them back. When having a conversation with Kim, she had a special way of making one feel that he or she was the most important person in the world.  Kim was known for her strong work ethic, as well as a person who believed in helping others in any way possible.  She loved her family members and friends. One of Kim’s expressions of love was cooking, and she was well known for many for her culinary skills. While visiting her at her home, her kitchen was filled with a bounty of delicious food and a homemade cake was readily available for you to taste at her cozy kitchen table.

Kim made her Heavenly transition on October 1,2022

Kim was preceded in death by her father Frederick Jones, her father and mother-in-law Orcena and Philomene Gervais, and brother in law Fritz Laborde

Kim will be greatly missed, but her legacy of love and cherished memories will forever live in our hearts. We will continue to live by her motto: LIVE WELL, LOVE MUCH, LAUGH OFTEN.

Visiting will be at Mount Bethel Baptist Church, 399 South Broad Street, Ridgewood, NJ on Saturday, October 15, 2022 from 8 am - 10 am.  Funeral Service will immediately follow at 10 am.  Entombment will be at Garden of Memories, 100 Soldier Hill Road, Paramus, NJ.

Share Your Memory of
Kim
Upload Your Memory View All Memories
Be the first to upload a memory!
Share A Memory